skip to main | skip to sidebar

I have made only a few mentions of my father in this and my other blogs. Though if you look at many of the postings, you will see his comments spread across all kinds of topics, always with an encouraging message of support. He passed away two weeks ago, and as low as I feel right now, I have the urge to do something. And so writing a post about his life is what feels right to me. I’ll start at the beginning.

My father was born Werner Rindsberg in 1924 in Germany. His devout Jewish family lived in the small town of Mainstockheim. He played a lot of soccer and helped his father with the family wine business. As Germany fell into the hands of the Nazi party, their lives quickly changed. On Kristallnacht, he was arrested along with my grandfather. Because he was only 14 years old, my dad was returned home after three days My grandfather was sent to Dachau for several weeks and returned weakened and silent about what had happened to him. My grandparents then took the courageous step of sending my father to Belgium with a group of refugee children. He would never see his parents or brothers again.
When the Nazis invaded Belgium he fled with nearly 100 other children to the south of France. They found refuge in a small farming community that still has fewer than 100 inhabitants. After nearly two years, he had the good fortune of receiving a visa and arrived at Ellis Island just a few months before the Pearl Harbor attack.
He began work as an apprentice in a tool and die shop in New York, but was soon drafted into the army. That gave him the right to US citizenship, and he took the opportunity to change his name to Walter Reed. He then returned to Europe, arriving in Normandy less than a week after D-Day. Thanks to his skills in French and German, he was moved in to a position as a translator and interrogator. When the war ended he remained in Germany in support of the denazification efforts. He returned to his village to find more questions than answers about his family’s whereabouts. Much later he would learn that they perished in gas chambers in Poland. 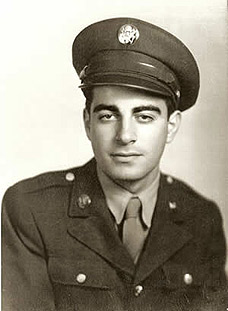 Returning to the US, he attended the Missouri School of Journalism, and in time various jobs across Midwest brought him to Chicago. Until he proposed to my mom, all who knew him believed he was born in New York City and that his parents had died in a car accident. He was always open and honest with us about his past, but we also understood this was something we kept within the family. He long felt that the Nazis had already taken so much away from him, that he did not want to let them ruin anything else in his life. That meant a conscious choice to be an American and fit in. On top of his career, he was always an active member of the community, working with various groups to help make a positive impact. This ranged from serving on boards of service organizations, to award-winning leadership in the Rotary Club, to he and my mom taking in Hmong refugees in the 1980s.

Some time after his retirement, with all us kids grown up, a return to the place where he and those 100 children were hiding opened up a new chapter in his life. He learned that most of them had survived and were in regular contact with each other. They had been looking for him for a long time. He soon “came out of the closet” as a holocaust survivor and began to tell his personal story publicly. What followed was nearly two decades of education, story-telling, and documenting his and others’ history. He organized reunions of his former companions in Chicago and at the site itself in France. He spoke to high schools and colleges in the US and across Europe. We are fortunate to have audio and video of some of these discussions. I can’t wait to share them with my children once they are old enough to appreciate them.
As part of this process, my father became actively involved in a project to tell the story of these refugee children. An author who had previously published work about Jewish rescuers wanted to write a book detailing the history. My father enthusiastically offered his support with the research. Unfortunately, the author died rather early in the process. When no other option availed itself, my dad decided he would write the book himself. After ten years of research and writing plus another four hustling to get a publisher, his book came out last November.

The above is an amazing story of a life truly lived, one I’ve told many times. But it’s not really what’s on my mind or why I’m writing this now. I’ve always wished I were more like my father. His innate ability to focus and continuously get things done ahead of time never came easily to me. I don’t think I’ve ever met anyone more reliable. Regardless of his age, he continued to deliver. Seriously, who publishes a heavily-researched non-fiction book at the age of 91?

As a father, he never missed any of our sporting events or concerts. He and my mom went to my brother’s post-punk shows at the Fireside Bowl and later his electronic shows at nightclubs, even when they took the stage at 2AM. Whatever I needed that he could provide, I usually didn’t even have to ask. He just took care of it. 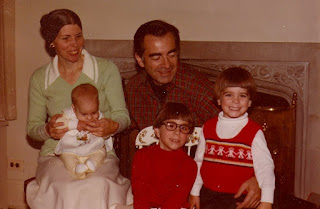 When I was 14 he decided it was high time for his sons to learn to ski. So he drove us out Colorado and skied the week on his own while we took lessons. He was 65 at the time. He kept skiing well into his 70s. He and my mom did biking trips across Europe every summer. Every summer including the last one when he was 91.

When I got married in Buenos Aires, he gave a phenomenal speech in Spanish. This, even though my father did not speak Spanish. It was all anyone could talk about for weeks. 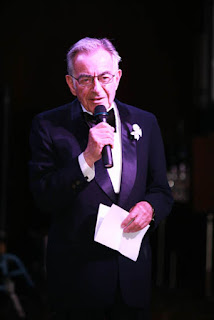 He was probably too strict with me and my brothers when we were young. But he did us the great favor of evolving as we grew up. That may have started shifting when he had a heart attack in 1985. (1985! He made it another 30 years beyond that…) Or perhaps opening himself up to his true past allowed his softer side to emerge and eventually take over. That trajectory continued over decades only to reach its pinnacle in his interactions with his granddaughter. How fortunate that we visited Chicago over the holidays and had two more weeks of fun. In our last conversation, he said how much joy being with her provided him. My dad went out the way he would have wanted. He didn’t suffer, and he was at one of the most content periods of his life. 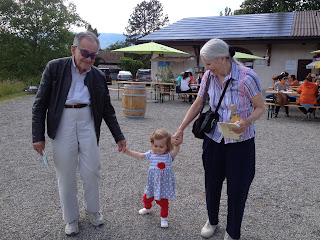 Of course I have all the typical feelings, taking for granted that he would live forever. After everything he had survived and how capable he still was… what else was I going to think? (Some of my friends in Argentina called him “Highlander.”) I know. Everyone does this. That doesn’t make it any less frustrating. 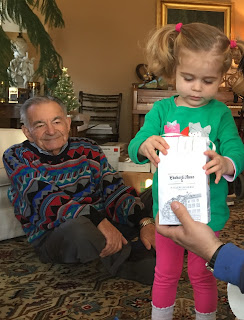 I feel his absence at every moment of every day, even though I’m an ocean away. I think about how their house is emptier. My family is emptier. But I reflect on all the guidance and wisdom he passed on to me, and feel overwhelmingly lucky to have received it all. I can’t yet fathom that he won’t be able to do that for me anymore.

A series of sacrifices and miracles granted him survival, and without question he made the most of his life. I'm so proud of him, and I know my grandparents surely would have been, too. In these last two weeks, so many of his friends and acquaintances have told me that my father was a great man, and I agree. But they don’t know the half of it. 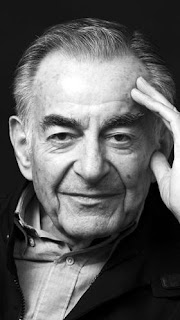 For those interested in my father's book, I personally found it gripping and relevant, biased though I may be. You can buy it here.

Email ThisBlogThis!Share to TwitterShare to FacebookShare to Pinterest
Labels: family

This is such a beautiful account of your father, Andy. He was an amazing man and so much of that amazing-ness lives on in you. I know regrets are a normal part of the grieving process, but you are the son every parent dreams of and I know he couldn't have been prouder of you and of the life and family you've built. Hugs to all of you as you deal with this enormous loss.


I'm sorry for your loss.

I am a writer and had the pleasure of emailing your mother, Jeanne, in 2016, about permission to use information from Walter's book when writing a young adult fiction which involved the La Hille children. I had actually emailed your father but was so sorry to hear that he had passed away. Since then we have had to deal with a family tragedy of our own. My autistic daughter, Julia, was diagnosed with a terminal brain tumour. So, everything in my life, except for Julia, was put on hold, until late last year when she died peacefully at home surrounded by her family and friends. She made me promise not to forget the La Hille children and so, now I am beginning my quest again.
I am writing to you to let you know that and also the fact that the lovely Werner Rinsberg will feature as a brief character before he leaves the Ariege 1941. It is a fictional novel but I hope to bring the amazing story of the La Hille children to a wider audience. I have a house in the Leze valley and have gathered as much information as I can to bring some of the real people involved into my story while enjoying the freedom to have my main characters develop from my imagination.
Please pass on my regrets for not contacting your mother earlier, I will be emailing her too, to let her know that I have not forgotten La Hille. Gail Merritt.

Friends Around the Globe